My first kitchen obsession of the quarantine season, was Seitan. The reason being that it is delicious, and I can make it entirely with ingredients shipped via Amazon. While this mostly appeals to me because I didn’t much feel like going to the super market, it also helped that I’m a huge nerd and I like the idea of creating something out of simple powdered ingredients.

It was a bumpy road to getting it right. My first instinct was to see what it tasted like plain, so I mixed it with water and ate it. It was very chewy, but also not bad. I could see how one could crave this stuff the way you might crave peanut butter.

My next thought was, let me mix it with 1 to 1 gluten free baking flour (because I had it lying around from a cookie recipe) and steam it in little pieces. What came out of the steamer, tasted more like gnocchi than seitan, so I had it with some tomato sauce. I was happy with my meal, but I didn’t come here to make gnocchi! It was seitan or bust. If I were smart, I would have given up on the attempts at being creative already and just found a recipe, but I wanted to squirm a bit, struggle builds character.

My thought was, that if I don’t want gnocchi, I should try and make it rise right? Seitan is supposed to be a bit spongy, no? If you are saying no, shush, you are missing the point. So how do you make something rise when there is a yeast shortage? I’ll give you one guess… 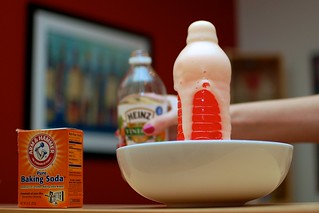 Okay, so at the time I had no vinegar so I used citric acid instead. I also added some bullion for flavor (yes it was a low fodmap bullion). The result was very much like a protein muffin. Not super tasty on its own, but made a hearty meal with the application of some chipotle mayo. 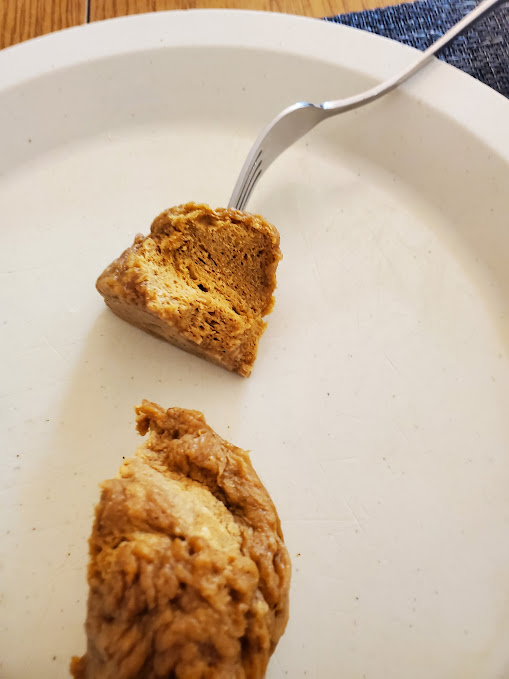 I got an order of panko, so I would be able to bread my seitan once I was able to make it, and I got a little excited. My goal was to make a panko rice crispy treat with gluten instead of marshmallow. Oddly enough it came out like a chicken nugget, though it was a little on the tougher side as far as chicken nuggets go. I tried one more recipe, that came out like a bread, before I threw my hands up and decided to start following a seitan recipe from youtube. This is where the research begins. If I’m going to be bound to a recipe, it is going to be the best one I could find. I spent a few of my youtube sessions focused on seitan recipes until I found a few people who were following the same recipe for a chicken seitan and getting good results. The recipe called for chickpeas, which I learned can be low fodmap if you drain the liquid which is called aqua faba. I ended up doing a low fodmap riff of of this recipe and it came out really good. So good that I declared victory on my seitan experimentation and now I keep my fridge stocked with the stuff as one of my staples.

If you think that is the end of my adventures though, you are surely mistaken, more posts are sure to come.

the yin and yang of utility

Health Pro's and Con's of Cooking with Discrete Ingredients